Knowly has been around for quite a while, offering a helping hand and an owl pun when you need one. But who is Knowly, and where did he come from? Here's a little story about our favorite owl.

A bit of history

When Easy LMS first came to be, it actually wasn't an LMS. The original idea that our Eagle Owls (founders Jeroen, Job, and Jan Thij - a.k.a. the 3Js) came up with was an app to make a fun, gamified knowledge quiz. You could compete with people in your region and ultimately become the smartest one of them all. This concept was pretty new back in 2013. The first step was to see if we could create an engaging quiz with gamified elements. Clients could embed these on their website to keep their visitors engaged with their content. Quizzes like that weren't around back then.

Jan Thij was the first to throw the name 'Knowly' in the mix, but it wasn't meant for an owl originally. One of the first quizzes was called the 'Knowly Quiz' with the tagline 'Become the Knowly of the Netherlands.' When Maarten, Front-End Developer & UX Designer, laid eyes on that tagline, all sorts of owl bells went off in his head. He quickly looked up a nice image of an owl, made a logo to go with it, and placed it in the quiz. Knowly was born.

It seemed that Knowly the owl, a symbol of wisdom, was a perfect companion for our platform about testing your knowledge. Soon it turned out that repetition helps people learn. Our Eagle Owls decided to move from the Online Quiz Creator to Easy LMS. But Knowly stayed.

Jeroen says: "In the beginning, we didn't have a clear branding between all the other platforms. Potential clients often confused us with other LMSs on their list. Our former Implementation Consultant, Peter, used to say in his demos: "you know, the one with the owl." That immediately rang a bell. That's when we knew it stuck with people."

Over the years, Knowly got a more prominent place at Easy LMS. He even made it into our logo. Easy LMS is now unimaginable without Knowly keeping an eye on us from the upper left corner.

Knowly is meant to be wise, inventive, informal, attentive, and focused

As Knowly attained a more prominent place in our platform, he also gained a more outspoken personality. He grew very fond of his own job as well, lending a helping hand wherever he could. Fun fact: Knowly uses the pronouns he, him, and his. But his gender has never been officially established. Easy LMS employees often question it 😉.

Knowly is meant to be wise, inventive, informal, attentive, and focused. He's friendly, very intelligent, cheerful, and he tends to joke around sometimes. Knowly is famous for his intended puns. He's not too pushy, but he makes sure you don't miss him either. He embodies the drive and passion of the Easy LMS team for online learning. He takes his job very seriously, helping out where help is needed. He knows that sometimes things go wrong and tries to help you move on by offering tips. He's sometimes a bit silly when he does that ("Owl help you out!"), but he always stays positive. 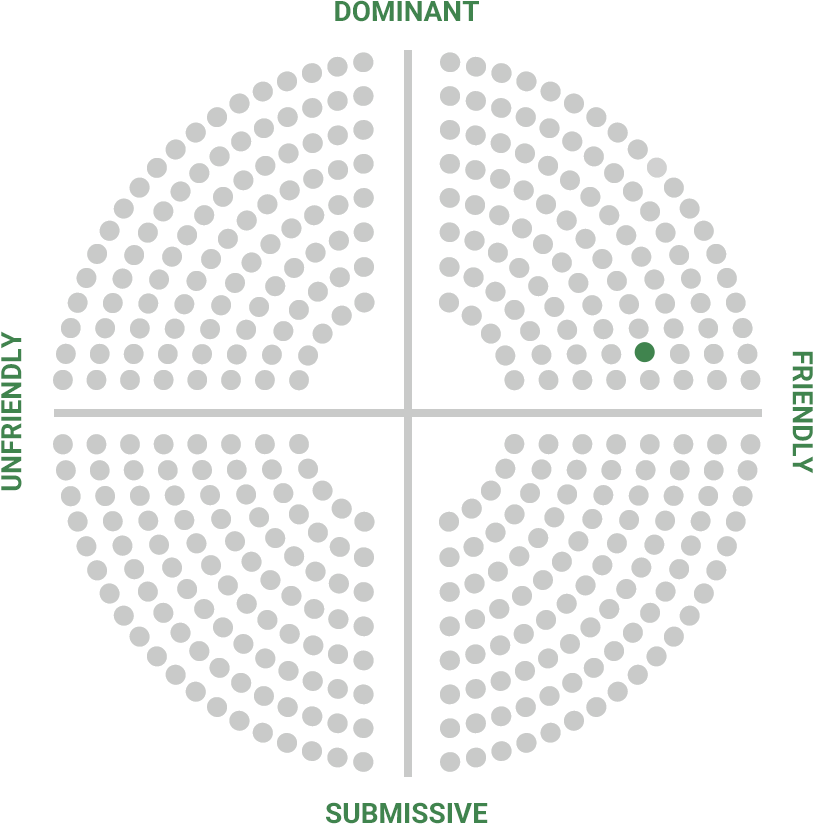 Over the years, Knowly kept showing up more and more on the website. First, he was only visible on the home page. Now, he shows up in all sorts of unexpected places! Have you noticed Knowly looking at your mouse cursor when you log in?

Knowly evolved from a static little image to a dynamic owl that can adapt to any situation. If you watch closely, you can even see him move on various pages!

In 2020, Knowly even starred in his very first movie! For the first time, you can see him move, fly, and express himself on so many levels. We think he truly shined in his new role! What do you think?

How we all grew fond of Knowly

Knowly didn't only steal the hearts of our client base. He attained a prominent place in our company as well. We don't keep it a secret that we are Knowly's biggest fans. When you walk into our office, you can see that he's as much an employee of Easy LMS as anyone else. Knowly's impact is evident: he's on the walls, on our clothes, and we even use unique emoticons (eKnowlycons) in our Slack messages! For example, this is a message Joey, Back-End Developer, sent out after he received his very own Easy LMS jigsaw puzzle:

But there's more! Here's an impression of all the things Knowly left his footprint on: 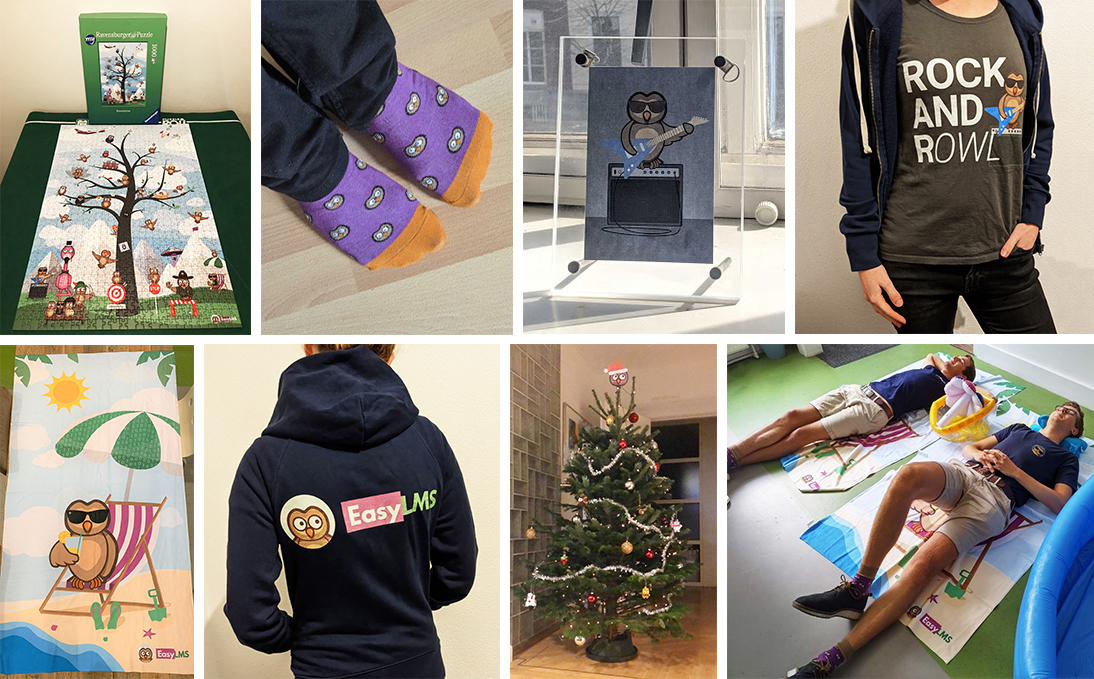 Over the years, Knowly sure grew up fast. He went from a cute little owl who made a spontaneous appearance to a full-grown brand icon that people love to love. We've grown so fond of him we can't picture doing our work without him. If you ask any employee at Easy LMS what they think of Knowly, their answer will be the same: